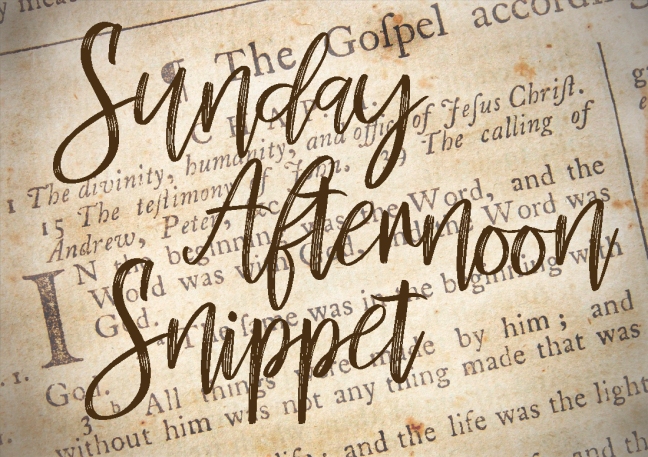 Then I saw in the right hand of him who was seated on the throne a scroll written within and on the back, sealed with seven seals. And I saw a mighty angel proclaiming with a loud voice, “Who is worthy to open the scroll and break its seals?” And no one in heaven or on earth or under the earth was able to open the scroll or to look into it, and I began to weep loudly because no one was found worthy to open the scroll or to look into it. And one of the elders said to me, “Weep no more; behold, the Lion of the tribe of Judah, the Root of David, has conquered, so that he can open the scroll and its seven seals.” …and among the elders I saw a Lamb standing, as though it had been slain…(Rev. 5:1-6)

The glories of what happened at the cross and in the tomb don’t stop at simple yearly Easter celebrations. The work Jesus Christ did is something that will entirely shape the eternal future of those who believe.

The paradox in this Revelation passage is beautiful. A roaring, triumphing, victorious Lion was juxtaposed with a Lamb born from the humble, human lineage of Judah. The Lion had to become the Lamb to bring both the greatest achievement of victory and the greatest act of humility at the cross.

And now he lives. Because of what God did on that third day, Jesus Christ lives and is seated at the right hand of the throne of his Father. He is a God who is able to empathize with humanity, powerful to crush sin and death, and worthy to break the seals and open the scroll.

I think this song by Andrew Peterson is a more than fitting way to celebrate Easter today, as we not only look back to what was accomplished two thousand years ago, but to what will take place someday soon in the presence of this Lion-Lamb.

Watch the song Is He Worthy? below.

Have a blessed rest of your Easter Sunday,

I live in a brick home on a road called Edgewood, where I try to write like Jo March, garden like Beatrix Potter, and go on Tookish-Baggins adventures.

This blog is where I look carefully at God’s Word and world.

I pray Jesus shines through my words, as lamplight coloring the windows of our true Home. I hope you’re warmed and welcomed here.